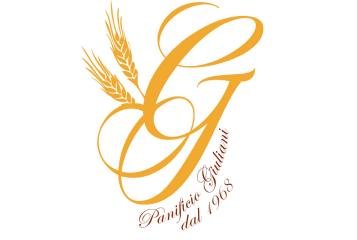 Antico Panificio Giuliani prides itself in maintaining the family’s tradition and philosophy of superior baking: simplicity and quality of ingredients and, a devotion to detail and technique in their wide variety of breads and pastries that they offer daily.

After 15 years experience as a baker and pastry chef, on September 22, 1968 Francis Giuliani, along with his wife, Carmela decided to open their own bakery in the town of Ospedaletti. This ancient fishing town on the west coast of the Italian Riviera was the perfect setting for their business, Antico Panificio Giuliani.

As time passed, because of their superior quality of handcrafted artisan breads and pastries,Antico Panificio Giuliani became a destination point for residents and tourists not only in Ospedaletti but the entire region.

The Giuliani family’s history and love of baking was passed on to their fifteen year old son, Luigi. On June 14, 1986, Luigi officially joined the family business. He took time off to serve his country as a member in the Italian Navy where he served primarily on the battleship Audace.

During his service however, he was still able to continue his love of baking. In 2000, after completion of his military duty, Luigi rejoined the family business as owner of Antico Panificio Giuliani with the help of his mother and assistants.